Completion of the course and certification

The practical part of the course is intended to be watched and practiced with a client. You are required to complete 3 case studies and submit them. On receipt of satisfactory case studies you will then be sent your Certificate.

Please note that the AoR (Association of Reflexologists) may contact students for course feedback purposes only.

"Thank you for a great Crystal Reflexology course - I really enjoyed it and Val is a delight as a tutor. I learned such a lot in a short time. Thank you Val" - M McKenzie.

"I have just completed the Crystal Reflexology course with Val Winchester and thoroughly enjoyed doing my case studies on my very willing family. Loved every minute and recommend it to everyone." - S. Harding.

"If you would like to add to your Reflexology tool box and gain some CPD points at the same time then this is a calm, relaxing course to do - super for the current climate. Val Winchester totally put me at my ease as this was a bit outside my comfort zone. So pleased I did it." - E. Beattie. 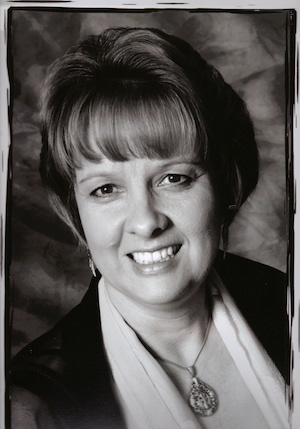 Val Winchester began her training in 1996 at the Maureen Burgess School of Reflexology at Roehampton where she also qualified in Advanced Reflexology. Her interest in this therapy was sparked when some family members had become ill and she had watched a nurse perform some massage techniques which were helping tremendously.

Val then went on to study at the International College of Crystal Healing where she qualified as a Crystal Therapist and learned meditation. Val has run Meditation Groups and workshops for many years which she enjoys immensely.

As Val continued to see clients, she realised there was a further need in people as many of her clients were going through stressful times and indeed trauma. This led to her taking a Diploma in Spiritual Counselling and a Diploma in Hypnotherapy at the Holistic Healing College in London and the London College of Hypnotherapy. Val also trained in Ireland with Doreen Virtue as an Angel Therapy Practitioner and gives Angel Card Readings regularly.

In March 2016 Val renewed her qualification in Reflexology for Fertility and now offers Pregnancy Reflexology to offer the full complement of Reflexology treatments in pregnancy and post-partum.